If you haven’t heard it yet, you can check it out here: Crash – Soundcloud END_OF_DOCUMENT_TOKEN_TO_BE_REPLACED 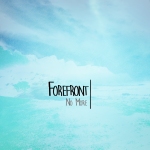 I don’t know about you, but it’s my favourite time of year. Varsity work: zero. Early mornings: zero. All that’s on the agenda is gym (cuzzie), food and music. I’ve already taken slack for going to Nickelback, and had the opportunity to see how Rous pimped out his car. Over all its been a pretty good end to the year.

END_OF_DOCUMENT_TOKEN_TO_BE_REPLACED

That’s right. The holidays are coming to an end, and with that gone are the days of rising at noon, consuming the day with series and ending it of with a live rerun of Taylor in the Jive Cape Town Funny Festival at the Baxter Theatre. Taylor has been performing with a comedian called Wilfredo for the last month, along side Marc Lottering and Alan Committee to name a few. I must’ve seen the show 4 times, and every time was a laugh. END_OF_DOCUMENT_TOKEN_TO_BE_REPLACED

“Friday, Friday, gotta get down to Zula on Friday the 15th February 2013” – Rebecca Black

Truly a quote to live by from one of the finest performers of our generation. Lolwut. But seriously, we’re so excited about this Friday we’d go even if Miss Black was going too. (We’ve confirmed that she won’t be attending though, so don’t worry)

For those of you who haven’t been checking up on our Facebook/Twitter/Blog that you’re currently reading, or have been otherwise unable to decipher our elated hysterics, we are proud to announce that we will be launching First and Foremost, our EP, this coming Friday at Zula. You read that right. No more of this “omg guise we’re totally making a cd, you’ve got to believe us” – we’re bringing you the goodies.

Things are very busy at Forefront Head Offices – flyers and posters have been printed, cd’s are being duplicated, line-ups have been organised and venues acquired. It’s all coming together. On the odd chance that you don’t lay your eyes upon a flyer/poster/event-page, here’s the plot synopsis for the event: END_OF_DOCUMENT_TOKEN_TO_BE_REPLACED

See You This Wednesday™

A good… Long while.

Now I am telling you that we’re back with our first gig of the year at Zula Bar this Wednesday (16 Jan, 2013, just in case you wanted to put that date on your calendar or list of things you totally have to do) for Early Bird Wednesdays! FREE ENTRY (c’mon, seriously.) 4 BANDS – 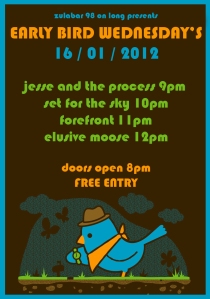 END_OF_DOCUMENT_TOKEN_TO_BE_REPLACED

Joburg was lots of fun. Dancing on high ways (Just for the record, this is a load of fun. If you guys have so much traffic there, I don’t understand whai [why] this hasn’t become a daily pass-time), almost getting arrested (literally), and klapping the gym of course. ‘Cause when you’re in Joburg so as the Joburgians do. Okay that last one didn’t happen. END_OF_DOCUMENT_TOKEN_TO_BE_REPLACED

Greeting from the silence

Hey there. Long time no see, sadly. I thought it’d be write of me to hit up the internet again, so here I am. Yes, that was an attempt at a pun. Everyone is crazy busy at the moment, but that isn’t really an excuse not to give you delicious blog nutrients. After all, we did promise to keep you fed. I’m halfway through the toughest exams I’ve ever had to write and I’m taking time out just for you. We do still care.

People have been saying to us “Forefront, when are you playing again? We’d really like to see you play again soon”. My usual response to this is yelling “My name isn’t Forefront”, before rushing to the bathroom in tears. In truth we have been out of the loop for quite a while now, and it’s starting to get to us. We like playing for you, really we do, and we should be playing again regularly quite soon.

Now, and don’t get mad when I tell you this, we actually played on Friday. Please, I asked you nicely – calm down. We couldn’t invite all you lovely people because it was a private function. I won’t tell you how fun it was, because that would be a little rude, but we did enjoy ourselves quite a lot. I won’t even tell you how awesome it was setting up and playing at a street party. The good news for you is that we remember just how fun it is to play and have been encouraged to do more of this performing thing soontimes. END_OF_DOCUMENT_TOKEN_TO_BE_REPLACED

There was an error retrieving images from Instagram. An attempt will be remade in a few minutes.