Ohheythere! I didn’t see you, but now that I have, I’m going to hunt you and force you to listen to what I’ve been telling everybody 😀

So, on the first front:
On Friday (and planning for another one today) we actually managed to have a band practice! Setlists were decided and run through, and it must be said that we’re all pretty amped for our show at Mercury on Friday. Yes Mercury. How much is entrance you ask? Oh yes, it’s free. So come. And bring friends. You’ll also be able to check out The Man Motels and The Dollfins on the night. Should be crazy. 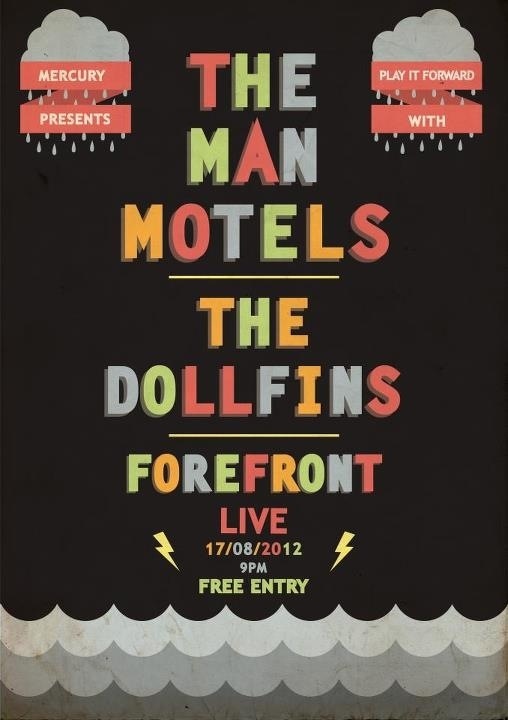 On the second front:
We’ve been called in by the very cool local band “Soldier” to open for them at the Jolly Roger on the 8th of September, we’ll definitely keep you posted 🙂

END_OF_DOCUMENT_TOKEN_TO_BE_REPLACED

Okcoolsobasically – it’s Monday. This means that it’s time for my blog again, unluckily for you. However, there is a bright side! We have actually been doing some cool crap for a little while, and I’m about to share this crap. With you.

Alrighty, the first biggie (at least in MY opinion) is my new acoustic guitar. It’s flipping gorgeous. I sifted through around 15 guitars before this baby landed on my lap and scored a comfortable pozzie in my heart. It’s a Tanglewood, I’ll give you that much. I will be playing live shows with it, and it’s featured in the new photos Robin Taylor is finishing up for us. Keep an eye out, and you can definitely expect some acoustic tracks in the near future.

Obviously the serious biggies at the moment are the new tracks going on the First And Foremost EP. Rous is going in today to put some finishing touches on the bass, and we’ll start layering guitars this week. We have some mad plans for guitars. Very. Very. Excited.
END_OF_DOCUMENT_TOKEN_TO_BE_REPLACED

Aftermath of the Aging of the Ginger

Rous’ birthday weekend has ended, but the ringing in our ears from Mercury’s Rub-a-dub Dubstep night has not. Totally worth it.

As you may or may not know, our rhythm section have finished their exams, and are finally on holiday, which means more free time to put into Forefront for the next month and a bit. We’ve got a meeting in a couple of hours (we’ve finally managed to steal Taylor away from his busy schedule for an hour or so) which is certain to be filled with productivity, RayWilliamJohnson and whatever Jason has recorded on PVR. But seriously, we’ll be getting busy with a whole lot of cool stuff very soon.

So we’ve just released our first video and we’d love for you to check it out. It’s not a music video par say; it’s an EPK for our first band project “First and Foremost”. It’s got some interesting bits and pieces, interviews with the band, and us performing one of the tracks off the demo. It turned out to be quite a sick video, so be sure to check it out –

END_OF_DOCUMENT_TOKEN_TO_BE_REPLACED

While things have been pretty hectic for us over here with the ginger and myself all up in the varsity exams, we didn’t want to let that affect our relationship with you. So we thought now would be a good time to shower you with Forefrontal stuff. So with our website out (Stuff Count: 1) we thought there are some more things we should be letting you know about.

Right now, while I type this, we’re actually putting our highly developed procrastinating skills to action by means of a band practice. We’ve been working on our set for Mercury on Monday (Stuff count: 2), and it’s sounding pretty epic. Come through and check it out. Bands start at 10.

I also thought I should share …for all of you who spend your free time tracking down the actual location of Nick’s house… we have some good news: Our YouTube channel is here! (SC: 3) This is a much better way to spend you free time, guaranteed. You can take my word for it; I’ve been to Nick’s house. On the other hand, he did mention that he does enjoy picking up phone numbers off the stage after shows. So don’t forget to throw him yours on Monday (Females preferably [60:40 ratio]). END_OF_DOCUMENT_TOKEN_TO_BE_REPLACED