Forefront is a four-piece Indie Pop-Rock band based in Cape Town, South Africa. With influences from Maroon 5 to the Red Hot Chili Peppers, the band has developed into a fun, energetic group who never fail to get a crowd moving. Their catchy guitar hooks, groovy bass lines and running synths come together over some clever drums to create an upbeat vibe that’s sure to get booties wiggling.

Previously known as “Wasabi Flavoured Sheep” or “The Village Idiots”, Forefront have grown from their humble roots as a high school band into a strong, well rounded group of musicians. Nick Andrews (vocals, guitar), Nicholas Rous (bass, backing vocals) and Jason Dionysopoulos (drums, synths) took the first steps in creating the band by jamming together in their early years of high school. Taylor Jackson (vocals, guitar) joined in 2009 when he found his feet in Cape Town after many years in Tanzania. The band discovered an amazing chemistry between the members and quickly formed a bond that was impossible to separate.

They began taking themselves more seriously after placing first in a battle of the bands and winning recording time with Richard Black at Spaced Out Studios. Incidentally, this performance was also their first show as Forefront. This success inspired them to write more music and perform at various clubs and events around Cape Town, including Zula Bar, Mercury and Gandalf’s. At this stage, the band played heavier rock music, and began incorporating synths and backings into their performances.

These early years saw Forefront recording an eight-track EP entitled First and Foremost, released in 2013. All of the recording, mixing and mastering was done by Jason himself, using facilities at SAE Institute as well as his home studio. The album was well received by fans (there are tattoos to prove it) and many of the tracks were playlisted on local campus radio stations. Forefront performed two of the songs live on Hectic Nine-9 on SABC 2.

The band’s next release, No More, marked the beginnings of a shift in style for Forefront. While still maintaining many elements of their older music, No More had a lighter feel and was a first step towards their current upbeat sound. The following single, Crash, a song still performed to this day, brought about many of the tonal and structural changes which make up Forefront’s current music. With Crash, Forefront had largely established their new sound. These two singles were also well received and playlisted on local campus radio stations.

Having found their new sound, the band was in a comfortable place to make strides in 2015. Performing twice at the Assembly early in the year alongside bands including The Plastics, The Nomadic Orchestra, John Wizards and Early Hours, the stage was set for big things. The band released their next single, Happiest in Water, in July. This was met with praise by fans and reviewers alike, with kind words from SA Music Scene and Texx and the City. Following the release of the single, the band’s debut music video was shot for the song and released in September. The summery, quirky vibe of the video perfectly matches the energy of the song and band as they made their way towards summer.

The highlight of the year was opening the Main stage at Rocking the Daisies for their 10th birthday edition.  The slot was won through overwhelming support on social media and the turnout on the day was impressive considering the time slot. This debut festival performance was quickly followed by a second on the Coke Music Stage at the Hermanus Whale Festival just three hours later. A third festival opportunity presented itself for Forefront at River Republic, with the organisers later rating them their “favourites of the weekend”. The band is always looking to share their music, and festivals provide a great way to do just that while discovering other great South African acts in the process.

Following these festival performances, Forefront was invited to perform live on the Expresso Morning Show on SABC3 which was broadcasted to millions of South Africans. The music video for Happiest in Water was also playlisted on MK, while the single itself was selected as a Mother City Banger on UCT Radio. The song is playlisted there as well as at PUK FM, Rhodes Music Radio and other campus radio stations across the country.
Forefront’s busy 2015 year has inspired them to reach for further heights. There will be new music, new merchandise and, with any luck, new festivals coming in the near future. The band will keep doing what they do, leaving a trail of wiggling booties in their wake.

Taking the best parts of Taylor Swift and Michael Jackson, Taylor Jackson (not to be confused with Michael Swift) combines guitar playing and songwriting skills with a wide vocal range and ear for harmonies.

Originally from Durban, Taylor was raised in Tanzania. His endearing personality and social skills saw him flourish even when stationed at a gold mine. Back in civilisation, he can always be found surrounded by friends and family. Taylor’s musical background and years of performing bring an armada of talent to the band.

Currently studying at UCT, Taylor can be found performing and working throughout Cape Town when he’s not entertaining friends or cooking a lekker potjie.

Nick is truly at home on stage. A lifetime of singing, dancing, acting and modelling have made him a confident and competent performer.

With musical role models ranging from John Frusciante to Mac Miller, Nick brings a varied style that is consistent in its high energy. When he’s not melting faces on the guitar, he’s throwing down on the mic. Either way, he’ll be making sure that all the booties in the room are engaged in the act of wiggling. The ladies love him, and the guys love him also.

Nick is a qualified brand person when he’s not being a rockstar. He’s also the most trendy and most tattooed member of the band. Causation or correlation? You decide. 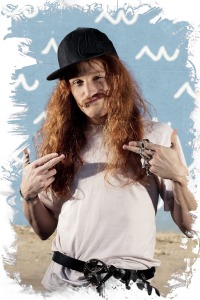 Not the best hide-and-seek player, Rous often doubles as a rallying beacon at festivals. Along with his Brave-style hair, his penchant for wearing kilts also makes him hard to miss. Being recognised is essentially part of his job in the band.

Rous is currently studying Mechatronic Engineering at UCT. When he’s not listening to bands you’ve never heard of, he can be found trying to pick up one or other obscure hobby. This includes whittling, learning the accordion, making effects pedals, mixology and even baking. He makes a mean challah. He also plays bass from time to time.

Forefront’s very own ginger baker doesn’t play drums and isn’t too fond of cream. You’re probably too young to get that reference, and that’s okay.

Rous thinks that if the colour green had a taste, it would be capers. 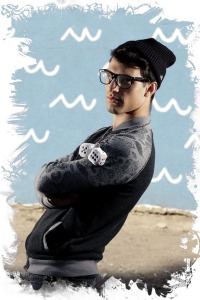 Jason is a man of many talents. From being a multi-instrumentalist and qualified sound engineer to chartering accounts and being capable of fixing almost anything, his hands on approach often leads him to succeed where others fail.

Jason’s Greek heritage may be the source of his sweeter-than-baklava beats. His range of influences coupled with his technical skills allow him to keep things tighter than dolmades both on stage and in the studio, and his mixing skills have proven to be vital in the creation of Forefront’s sounds. Jason is originally from Joburg, although this only shows in his muscle definition, self-appreciation of his jawline and occasional (ironic?) accent.

Currently engaged in a PGDA at UCT, Jason manages to juggle his studies, a plethora of other responsibilities and Forefront in such a way that we’re still a thing.

There was an error retrieving images from Instagram. An attempt will be remade in a few minutes.